No one ever expects the Mexican taco cartel!

You are what you eat.

Garbage in, garbage out.

The devil is in the details.

We’re all familiar with proverbs like these: watch what you eat, what you read, and what you buy. Good personal advice, but have you ever considered these proverbs in a political sense?

A couple months ago the mainstream media tried to “stump the Trump” once again with another desperate “racist” grenade. During an interview, Marco Gutierrez, founder of Latinos for Trump, argued that if America does not regulate Mexican immigration, we would soon see “taco trucks [on] every corner.” Instantly, this symbolic complaint was seized as proof that pro-Trump people are anti-Mexican (even when they’re actually Mexican, but oh well). Gutierrez tried to explain his larger point, but of course rational discourse was drowned out in a tizzy of pearl-clutching, head-bobbling outrage from the interviewer and another guest.

Marco Gutierrez, the founder of Latinos for Trump (September 1, 2016)

The proliferation of taco trucks is a stupid reason to worry that there is too much immigration. But in a weird way, Gutierrez’s warning was an insightful comment on America’s immigration politics.

According to U.S. Customs and Border Protection, a 62-year-old man in the border community of Nogales, Arizona, was caught carrying 3 pounds of methamphetamine in hollowed-out tortillas. Officers discovered the meth after a canine unit at the Port of Nogales sniffed out the drugs on Friday.

In a separate incident, officers on Saturday seized nearly 26 pounds of meth from a 23-year-old American man living in Santa Ana, Mexico. Border Patrol allegedly found $78,000 worth of meth in the man’s Chevy SUV.

Come for the tacos, stay for the addiction!

A nine-month investigation spanning law enforcement agencies and county lines culminated on Wednesday morning in a Target parking lot in Montrose, where three Telluride locals were arrested at gunpoint and 15 pounds of cocaine seized.

The investigation, which surged into Telluride on Wednesday morning, also turned up four firearms and netted five arrests total. The estimated street value of the cocaine seized was pegged at $1 million.

The pocket park encasing La Tapatia and the Telluride Pizza Kitchen was taped off behind police tape by 11 a.m., with taco cart customers sat down on benches outside. Near the taco cart was a makeshift headquarters. …

Telluride is as small-town as they come.

Sixty-five miles north to the north, Montrose is just about as quaint. 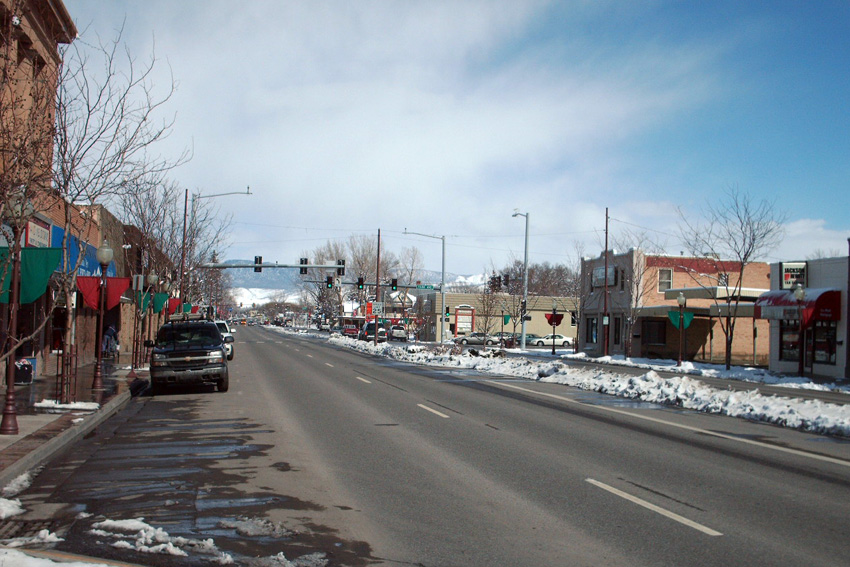 No one would ever suspect such a serious drug problem in such beautiful, idyllic settings. But of course, no one would expect heavy drug trafficking via corner taco trucks–but that’s why Gutierrez said what he said. As the local news report on the drug bust concluded:

A day later in Telluride, “I can’t believe its” and “I’m so sads” hung in the air, a small town rocked by the news. And all was quiet at the taco cart, a popular food stand loved for its cheap, authentic Mexican food, a few leaves on the bar its only customers.

On September 23, 2014, a taco cart operator, along with 16 others, were busted for selling methamphetamine in an international operation.

Federal and local authorities worked together on the investigation, dubbed “Operation Cargo”, for five weeks before busting 17 people and seizing 55 pounds of meth.

Operation Cargo is believed to be one of the largest meth busts in Colorado history. Taco cart customers who knew special code words, like “six pack” or “yellow cups” could buy meth out of the cart.

Gonzalez would distribute the drugs to two of his aunts and others in the operation to sell in the taco cart.

And then, like clockwork, a mere six months later, in Bend, Oregon, another “unbelievable” taco cart drug bust took place.

Antonio Rico-Sanchez, found guilty of running a drug ring  in 2011, was arrested in February on charges of methamphetamine at his Bend grocery store.

He appeared in court by video hookup from the jail for a motion hearing Wednesday.

Rico-Sanchez was arrested a month after the Central Oregon Drug Enforcement Team said it recorded two undercover buys of meth at Rico’s Groceries.

These are just four examples of “taco cartels” that got caught. Imagine if there really were taco trucks like this on every corner in America. It wouldn’t be so easy to make fun of Marco Gutierrez then. Like I said above: “You are what you eat.” If we, then, as a nation, continue to “eat” from the proverbial taco cart of unchecked Mexican immigration, we will become victims of the same drug culture.

Islamic law requires a 2.5% tax called zakat which is imposed on income and accumulated wealth of all devout Muslims. Halal certification is done on a fee for service basis, with the fees varying with the scope and scale of the services. Certification is provided by Islamic organizations, and would not be halal if the required zakat was not paid on the fees.

What you may not know is that there are eight classes of zakat recipients, each of which gets a 1/8 share of the gross. One of those classifications is fighters in Allah’s cause aka Mujihadeen, aka terrorists. When you purchase a product which is certified Halal, you are indirectly contributing to terrorism.

For those with eyes to see, this has been an open secret for nearly two decades. Notably, the 9/11 Commission found that Al Qaeda was funded “almost entirely” by zakat and sadaqa (donations beyond the 2½ zakat rate). The Boycott Halal blogger quotes The 9/11 Commission Report:

Bin Laden did not fund al Qaeda through a personal fortune and a network of businesses in Sudan. Instead, al Qaeda relied primarily on a fund-raising network developed over time. The CIA now estimates that it cost al Qaeda about $30 million per year to sustain its activities before 9/11 and that this money was raised almost entirely through donations.

Everyone is welcome in America–even taco vendors! All we want is for immigrant to accept and adopt our culture, and respect our laws. That’s what Donald Trump is promising: law and order, safe communities, and a massive counterstrike to the deadly Mexican drug cartels that are exploiting liberal naivete under things as innocent as your nearest corner taco truck.

Vote now or on November for Donald Trump!

Motivate friends and family to vote for him!

Share this article to inform and encourage friends and family!